What should I do if there is oil leakage in the Liming reducer?

No matter what kind of Liming reducer, this is a problem that must be faced. The reason for oil leakage is more complicated, involving oil seal brand, oil seal installation, shaft processing technology, usage methods, etc., and oil leakage is also divided into real oil leakage and fake oil spills.

The so-called false oil leakage means that oil leakage occurs shortly after operation, the amount of oil leakage is not large, and it does not appear again after a short period of time. This is generally the release of internal pressure, and it will be fine after the pressure is released. The real oil leakage The time of appearance is uncertain, it may be leaking at the beginning, then it is likely to be a problem of product quality or installation quality; it may also appear after a long time of operation, which is generally a problem of oil seal life (improper use).

Many people are willing to use oil leakage to attack domestic reducers. Yes, it is true that on this issue, the probability of domestic reducers will be relatively high. It may be that the process is immature, or a more general oil seal is used. However, this It is by no means the characteristics of the domestic reducer. We do not carry this pot. It is the imported reducer. We will not say the brand. It is not a company, and the oil leakage has been tested. Those customers who have used imported brand robots a lot will also know this. Question. As for how the manufacturer explained it, I don't know. So it's not imported oil that doesn't leak, just the probability is small, you don't know it.

For the new Liming reducer, many manufacturers are OK to reach the nominal 1 arc minute or less, but the bigger problem is consistency and stability. Most manufacturers may have reached the standard at the beginning, but after a few months After that, either the accuracy jumps up and down, or it just gets worse and worse. 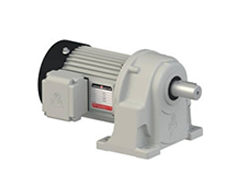 Previous: 4 series of faults in the operation of Liming reducer