Do you know what a Liming reducer is?

The reducer is an independent component composed of a gear drive, a worm drive, and a gear-worm drive enclosed in a rigid casing. It is often used as a reduction drive between the prime mover and the working machine. The mechanism plays the role of matching speed and transmitting torque, and is widely used in modern machinery.

Liming reducer is generally used for low-speed and high-torque transmission equipment. The power of the motor, internal combustion engine or other high-speed work is achieved by meshing the gear with a small number of teeth on the input shaft of the reducer with the large gear on the output shaft to achieve the purpose of deceleration. Ordinary reducers will also have several pairs of gears with the same principle to achieve the ideal deceleration effect. The ratio of the number of teeth of the university gear is the transmission ratio. 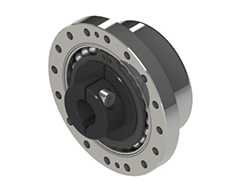 Previous: Requirements for the use of lubricating oil for low backlash worm gear reducers

下一条: What are the preparations for the Liming reducer during operation?