What are the preparations for the Liming reducer during operation?

In order to ensure the normal operation of the Liming reducer, in addition to paying attention to the structural design of the gear, shaft, bearing combination and the box body, oil filling, oil draining, oil level inspection, box cover should also be considered in the process of processing, disassembly and maintenance and hoisting. Reasonable selection and design of auxiliary components such as box seat positioning.

2)Liming reducerWhen working, the temperature in the box increases, the gas expands, and the pressure increases. In order to make the hot air in the box can be discharged freely, keep the pressure balance between the surface of the box and the inside, and prevent the lubricating oil from passing along other gaps such as the surface of the split box Or the shaft extension seal leaks, usually a vent hole is installed at the top of the box.

4) Locating pin In order to maintain the manufacturing accuracy of the bearing seat hole every time the box cover is disassembled and assembled, before completing the bearing hole, the locating pin should be installed on the connecting flange of the box cover and the box seat. It is fixed on the box body in the longitudinal direction. On the connecting flange on the 2 side. The symmetrical box should be placed symmetrically to avoid wrong loading.

7) In order to enhance the sealing effect, usually when installing, apply water glass or sealant to the unpacking screws on the splicing surface of the box, so it is often difficult to open the cover due to the tight glue during disassembly. For this reason, the box cover is usually connected Process 2 screw holes in the appropriate position of the flange, and screw in the cylindrical or flat open screws for opening the box cover. Turn the box opening screws to lift the upper box cover. Small reducers may not be equipped with box-type opening screws. When opening the box cover, use a screwdriver to pry off the box cover. The size of the box screw can be the same as the size of the flange connecting bolt. 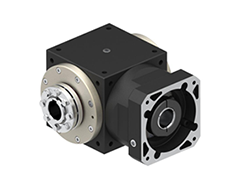 Previous: Do you know what a Liming reducer is?